🚨 It’s extremely common to see newbies “squat” their deadlift, but what’s worse than that, is that some coaches actually advice people to do so. There couldn’t be a faster way to snap your lower back, honestly.
✅✅✅When you’re performing a deadlift, you want to learn how to Hip Hinge, and not

🚨 Squat your way down at the set up.

✅ The hip hinge is a flexion or extension originating at the hips that involves a posterior weight shift. With the hip hinge, you maintain a neutral spine, bending at the hips, with your knees slightly bent. This pattern relieves stress off of the lumbar spine and can prevent many injuries.

1️⃣ Your hips will sit higher than parallel: less quad engagement and more hamstrings/posterior chain engagement.
2️⃣You’ll be able to keep your back tight which is TOO important for lower back health. –
3️⃣your shoulders will either be in line or beyond the bar, creating a favorable leverage for you to pull off of.

❌❌❌Sitting too low will instead cause many consecutive problems: 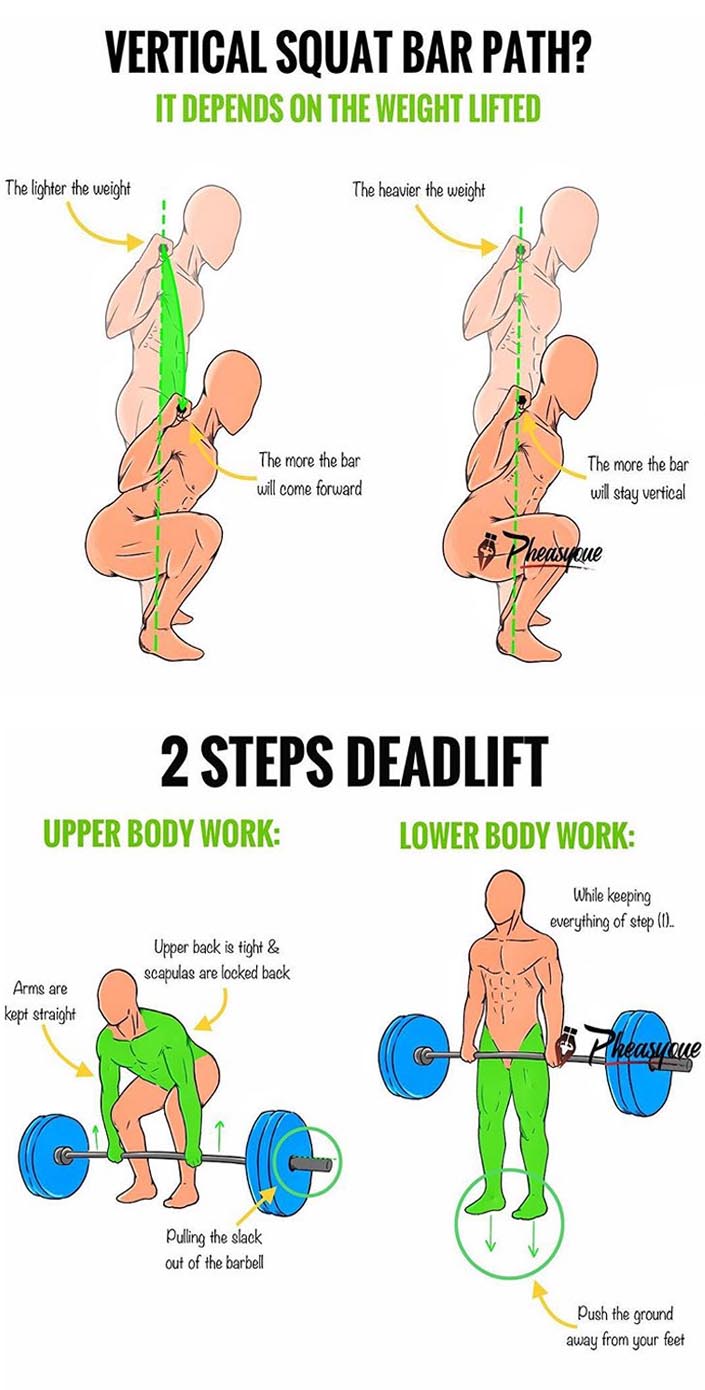 1️⃣Sitting too low simply won’t allow you to keep your lower back tight, quite infact, it’ll tilt posteriorly, making you start with a ROUNDED lower back. Which is never safe, especially when deadlifting.
2️⃣You’re not doing this exercise for your quads.
3️⃣Your shoulders are behind the bar, creating a NON-favorable leverage for you to pull the weight up.

🚨 PLEASE do not squat the deadlift, and definitely don’t deadlift the squat! –
Quite in fact, the opposite will work for squats. This time, the load will be directly placed on your back – so Hip Hingind doesn’t make sense, unless you’re a masochist.

September 30, 2019
You are going to send email to
Move Comment