Isometric core exercises are ones where the trunk remains in neutral through contraction of the core muscles with an external force acting on it that would otherwise cause movement in the trunk. The most common isometric exercise we know is the plank, where the whole body must remain in an isometric contraction to keep the body in a straight line.

Core stiffness is important for power production because force production requires a stable anchor base. Imagine balancing on a beam, (weak stability representing poor torso stiffness) now imagine trying to pull a rope attached to a weight, you being the torso, the rope being the muscle. The force at which you can pull the rope will be significantly less than if you had a stable surface. Increased core stiffness also decreases the loads placed on the spine through increased dynamic support which can decrease injury risk.

Isometric core exercises are shown to be superior to dynamic exercises at enhancing core stiffness. This is useful because incorporating such exercises can enhance performance trough increased load bearing capabilities injury as well as limb movement speed. Also has be shown to decrease micro movements in vertebrae which can lead to pain and. Adding such exercises to your routine can improve your squat deadlift bench press. Deadlifts are also great isometric exercises for core muscles since the spine is placed under a great load and resists movement through isometric contractions. 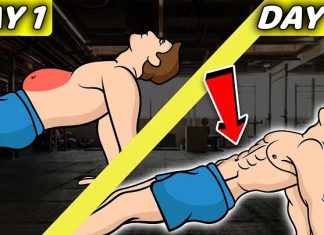 How to Do Reverse Plank: Perfect Body in 3 Minutes a Day