I see far too many newbies wanting to start deadlifting, yet, since they obviously aren’t familiar with the exercise – they obviously end up loding the barbell with small plates.
The problem with this is that with this set up the barbell sits lower than it should (when compared to standard deadlifts), so asides from not setting up in the most advantageous way, you’re actually increasing the chances of injury.

Smaller plates = lower barbell, and if you’re not flexible enough, that also means rounding your spine to grip onto it. So you’re now starting the exercise with a rounded spine, which isn’t really the most optimal way of starting the deadlift. Ever.

This is one of the major reasons why newbies don’t like deadlifting: they approach the exercise with the wrong set up, and since they end up hurting themselves with small weights, they can only imagine what would happen with heavier ones…

Would that be the case?

It actually wouldn’t. Bigger plates = higher barbell, which means you’ll set up more easily, being able to maintain a neutral spine. Now THIS is how you want and should start a deadlift. Always.

Yeah, I get it, I get it.. many newbies can’t really start learning the exercise with 135 lbs (60kg) on the bar. That might be heavy to start with and I can’t really expect people to do so at their first try.

However, the concept still applies, and you should atleast try mimicking the required conditions: 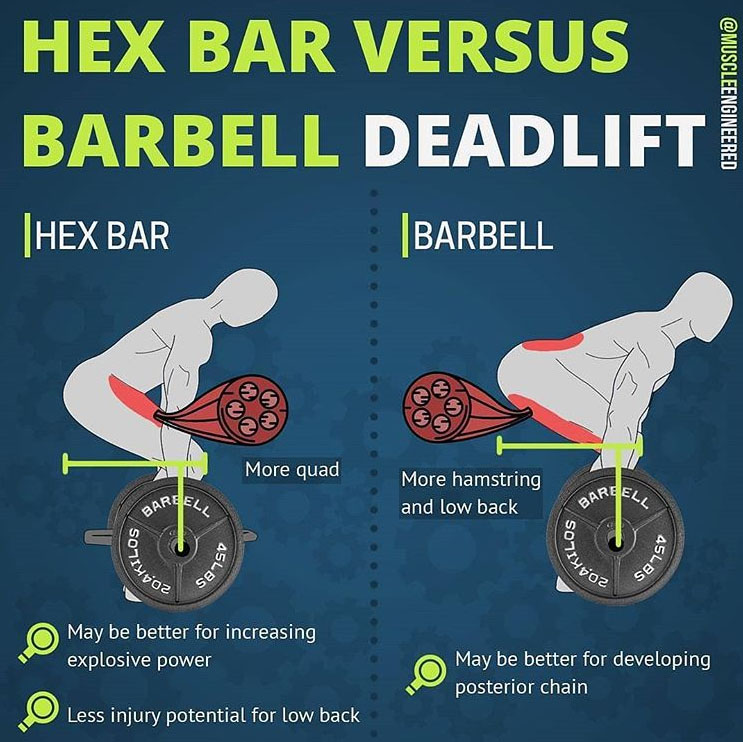 Drying the body for men: exercise and nutrition

January 24, 2018
You are going to send email to
Move Comment