✅ How do you emphasize the lower back or lats; the lats perform the action of adducting and extending the humerus, this dictates how we train them. The best way to isolate them is by performing a rowing motion with the palms facing forward and arms close to the side while keeping the scapula retracted. Keeping the scapula retracted will keep the rhomboids and traps from assisting in the motion through scapular retraction. 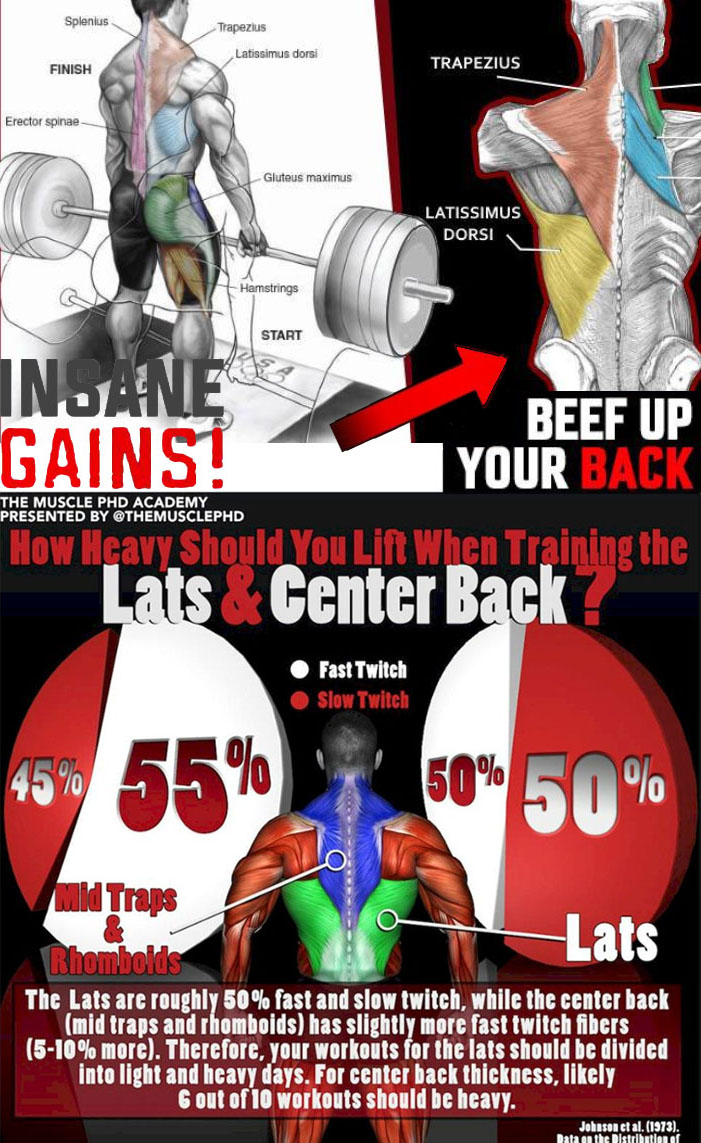 💪🏼 To isolate the upper back muscles traps and rhomboids; we must look at their actions which is centered around the scapula whether it is elevating it or retracting it. In order to emphasize them during rowing motions we must put the lats in an unfavorable position for action. This is done by pronating the hand (palm facing you) and abducting the humerus to about 40-45 degrees away from the body. Next when performing the motion, allow for the scapula to protract in a controlled manner during the eccentric phase and then during the concentric phase focus on retracting it back. Lifting the arm height to a level equal with the shoulder will target the rear deltoids.

👇 A big factor of emphasizing muscle is being able to consciously increase activation of one muscle while decreasing the action of the other, and this is possible with practice. When it comes to back training it is also very important to consciously reduce your elbow flexors by focusing on pulling through the humerus.

🚨How to Legs & Hamstring Exercises | Guide