✅ The first two moves are bodyweight exercises, the third requires an exercise ball, and the fourth and fifth require an ab wheel.

Walkouts work your core and teach your body the basic movements of the standing to push-up position ab wheel rollouts. 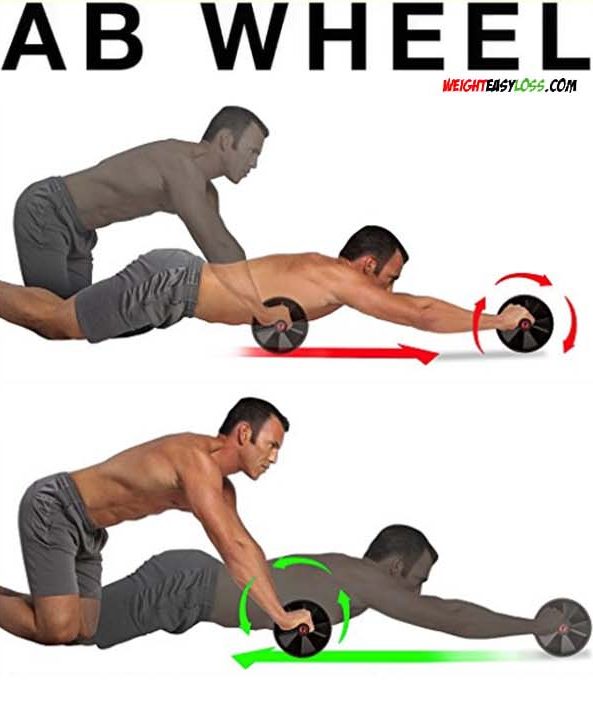 These extensions challenge the core on a stable surface. If these extensions are too challenging, regress the move to simply lift one limb at a time, or to a standard plank with all four limbs fixed on the ground.

When rolling out, the goal is to extend as far as you can while keeping the abs engaged and the torso in a perfect plank. “If the pelvis starts to do an anterior tilt or you lose the contraction of the ab/core muscles then you are going to far,” she explains. “It’s all about keeping the contraction of the ab muscles and the form of the plank while you are extending/rolling out.”

In terms of the pace at which you roll out and in, “the slower the better”, because it will keep your abs under tension for a longer period of time. As you get stronger, you can amp up the difficulty of the move by increasing both the time and the distance of each rep. If you’re a beginner, roll out and in for two counts each. If you’re more advanced, roll out and in for three to four counts each. Ideally, you want to roll out and back in for the same amount of time, but because the inward portion is more challenging, it might initially be shorter than the outward portion, and that’s OK.

Once you’ve mastered the kneeling ab wheel rollouts (meaning you are very comfortable at executing reps with a full range of motion), an “extremely difficult, super advanced” movement, that should not be attempted lightly.