✅The leg extension is a great exercise when used properly. There is a unsupported fear of it being bad for your knees sadly. There is a common thought that changing up leg position effects the activation of the quad muscles, whether it is turning the toes in or out. These effects seem to be true, but not to exactly as the popular belief.
⠀
👇 A study looked at the effect of foot rotation on muscle activation during leg extensions. They found that during neutral foot position there was even distribution among the vastus muscles and the rectus femoris. However, when the feet were internally rotated the Vastus muscles had a greater activation than the rectus femoris. But when the feet were eternally rotated the Rectus femoris had a greater level of activation.
⠀
This can be useful to bodybuilders or athletes when trying to target a specific muscle group. Since the Rectus femoris is more superficial one might choose to target that more for greater definition while targeting the vastus muscles will push the rectus femoris more out. 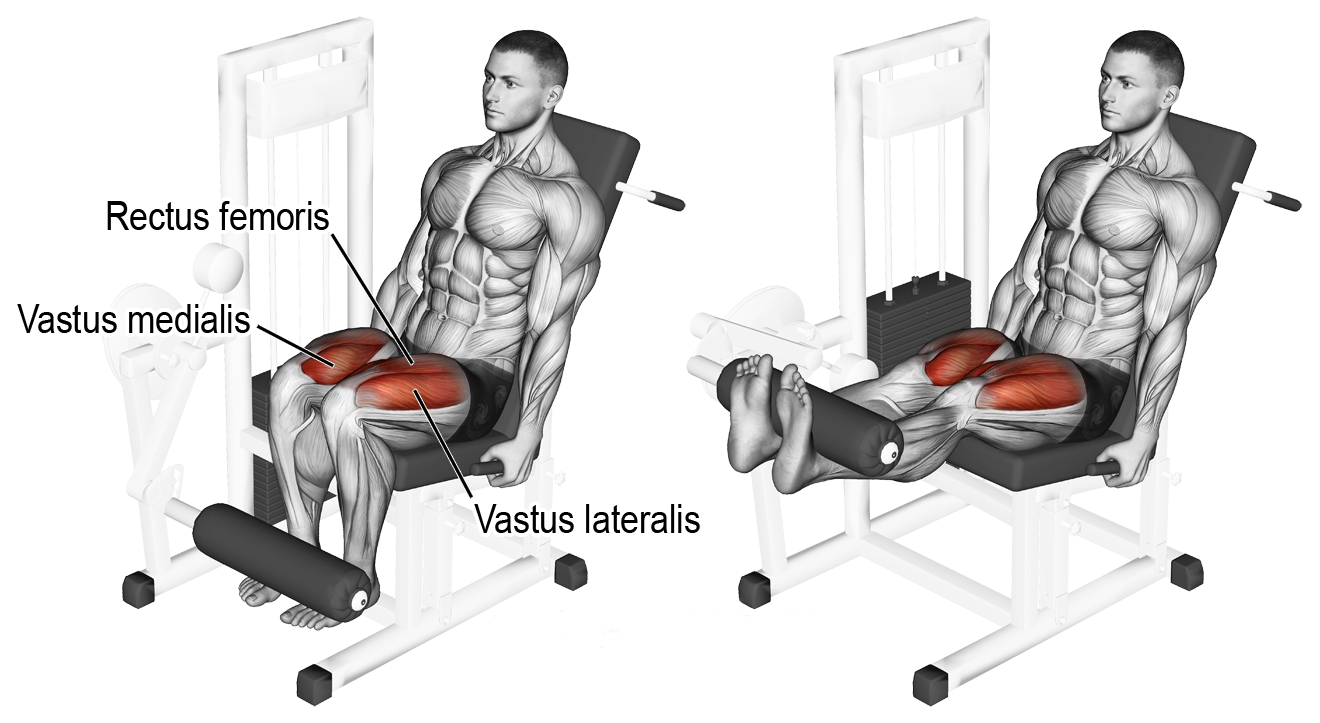 This is useful in rehab/strengthening or performance setting as well because the vastus muscles play a bigger role in stabilizing the knee joint compared to the recutus femoris. Being able to isolate them may help improve knee stability, even now more so as research is beginning to show that open chain exercises are okay for knee strengthening during acl injuries. This exercise can also be modified with a resistance band for a different torque curve. I would personally recommend for strengthening and hypertrophy to perform 3 sets with toes in an 2 with the toes out.
⠀
Do you use the leg extension machine?

February 15, 2018
You are going to send email to
Move Comment