Nick Walker said he would win the 2021 Arnold Classic and he won. Nick is a young star and the nineteenth champion of this festival. The 2021 Arnold Classic USA was a stripped-down version of what we’re usually used to. The exhibition, amateur competitions, and the strength sports championship have been postponed until 2022. Going to the show, Nick Walker, one of the youngest bodybuilders in the professional league.

For Nick Walker, it was a bold and risky statement, but he still focused on winning the title. Ahead of this event, a number of famous bodybuilders were forced out of the competition due to injury or travel issues – Cedric McMillan, Roelly Winklaar, Lionel Beyeke, and reigning champion William Bonac. Nick was not the only favorite to win, athletes such as Steve Kuclo, Sergio Oliva JR, Iain Valliere, did everything to get the title. In the pre-judging, Walker was immediately placed next to Steve and Iain, then Iain went to the second call, leaving Nick and Kuclo to fight for first place in the final stages of the pre-judging. It was already obvious that Nick would get the title. No other bodybuilder has had such a tough but quality condition that he presented. For such a young bodybuilder, the athlete imagined the physique that bodybuilders are used to seeing much older than him. Nick also took home an extra $ 10,000 after winning the Franco Colombo Award for Most Muscular Pose.

At the end of the preliminary judging, many believed that Iain would not make the top three, but the athlete from Canada showed great shape and took second place. He had the mass and physical form to win, but he still couldn’t match Nick’s separated state. Both now have convincing victories on their offsets, they will definitely be a force to be reckoned with at the 2021 Mr. Olympia. Steve Kuсlo had to be content with third place. Many called him a favorite at the start to the show, even compared to Nick, it was obvious that he and the rest of the participants would fight for second place and miss Olympia without qualification.

Fourth place went to Justin Rodriguez. During the preliminary judging, Justin was in the first call, and then he dropped to the third call. He was another bodybuilder who had a very good physique. It is up from 2018, when it finished in seventh place. Justin has a great 2021 season, winning the Indy Pro and finishing second to Nick Walker at the 2021 New York Pro. Having already qualified for the 2021 Mr. Olympia, Justin can now focus on the main event. Akim William was predicted by many in the industry that he would win the event. After his 6th place at the 2020 Mr. Olympia, Akim definitely had what it took to win the Arnold Classic, but something went wrong.

Read more about the latest news about Mr. Olympia 2021 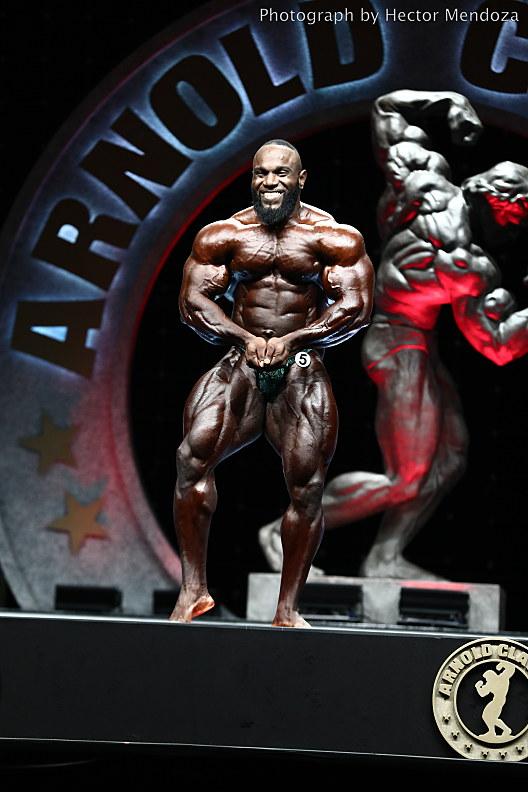 But Akim William had to settle for fifth, rising from seventh in 2020. Unfortunately, Sergio Oliva JR. will not be competing at the 2021 Mr. Olympia after finishing sixth at the Arnold Classic. Arnold Classic was the only competition in which Sergio decided to participate in 2021, and only victory guaranteed him a place on the stage of Mr. Olympia. He showed a more massive form compared to 2020, and was in excellent condition. Perhaps he could have taken a higher place, but the last word was with the judges, and he had to be content with sixth place.

Egyptian Mohamed El Emam finished seventh and is a very good result for his debut at the Arnold Classic.

Mohamed managed to rank higher than Max Charles and Hassan Mostafa. The biggest disappointment on Saturday night is the locations of Max Charles and Hassan Mostafa. Ranked eighth and ninth respectively, these two bodybuilders have tremendous potential. For some reason, Max and Hasan missed the mark when it was time to go on stage. Both of these bodybuilders have the potential to win any competition they compete in, but by standing alongside the best in the world, they both need to level up.

Chul Lee’s son is another bodybuilder who made his debut on the Arnold Classic stage. Unfortunately, he finished last, but the roster was staffed by the best bodybuilders in the world. If he improves, he will achieve better results in the near future. The reigning champion and two-time winner of the Arnold Classic USA, William Bonac, missed the event due to visa or other difficulties in the flight.

Ahead of the festival, William Bonac was the clear favorite to defend his title, but Nick Walker may have had a chance to beat William. Nick has already proven that he can also beat bodybuilders at nearly double his height. Now it will be the confrontation that we will see at Mr. Olympia 2021 in just a few weeks, with Nick and Bonac standing next to each other on the Olympia stage. Both William and Nick will no doubt be compared at the 2021 Mr. Olympia, and this will be the subject of heated debate ahead of the big event.

Places in all categories Arnold Classic 2021: 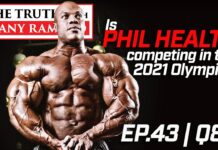 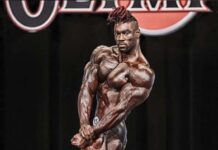 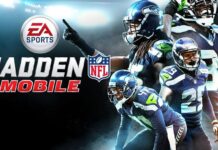 The Art of Sports Betting: A Beginner’s Guide