Bending on the biceps on Scott’s bench – we train hands 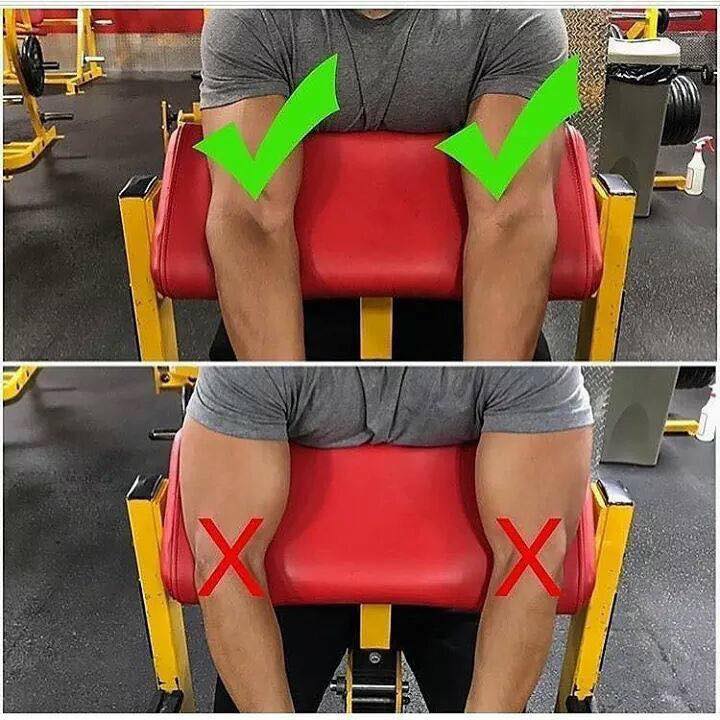 Bending of hands on Scott’s bench is a simple and effective exercise that allows creating an isolated load on the bicep. Such a bench with a soft reclining shelf is in any fitness club. Its design fixes the position of the shoulders and hull, thereby allowing the athlete to focus on working out the target muscles. Predominantly the exercise is performed by men, but for girls it is quite suitable.

It is worth noting that the bicep on the Scott bench can be trained with a straight or EZ-barbell, as well as with dumbbells or using the resistance of the lower block of the rope simulator. When working with a straight bar, the position of the hands is not entirely natural, so it is recommended to use the EZ-bar. The same applies to the shape of the handle of the block simulator.

What do bendings give?

The key advantage of this exercise is the possibility of accented and isolated processing of the biceps and brachialis. The benefits of doing biceps flexing on Scott’s bench:

Сorrect exercises: the position of the hands on the Scott’s bench

Lifting the rod on the Scott bench is contraindicated in injuries to the elbow joints. Also, if you do flexion on the biceps with a back grip, use less weight than in the classic exercise version.

Select the projectile of the necessary weight. For example, it could be a bar with an EZ-bar. Adjust the height of the “shelf” to your height. 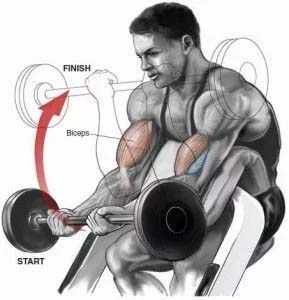 An important technical point: never “throw” the projectile sharply down. At the time of extreme extension with weight, your elbows are under severe strain. Avoid this traumatic effect.

Bending of hands in the Scott simulator can be done not only with different projectiles, but also with different grips. So, for example, a narrow grip best loads the external head of the biceps, wide – the inner one. Hvat on the width of the shoulders affects the muscle evenly. Lifting the biceps with a back grip (palms on top) shifts the emphasis of the load on the muscle of the forearm – brachioradialysis.

Use 2-3 sets of 8-12 reps in the exercise. It is recommended to combine it, for example, with the lifting of the bar to the biceps. The bending of the hands on the biceps is quite energy-consuming, but not the main exercise. It can be done in the middle or at the end of a workout.