Former professional bodybuilder Dennis Wolf underwent elective shoulder and biceps tendon surgery in Germany. This is the operation he needed for a long time and which he had long postponed.

The 42-year-old will now have to wear his arm in a sling for four weeks and will not be able to load the limb for a total of about eight weeks.

Dennis first hit the bodybuilding world in 2005 when he made his way to the title of undisputed world amateur champion in the IFBB. A year later, he performed among the pros, including on the podium of the main show, Mr. Olympia. He reached the peak of his career in 2013 and 2014 when he took the Olympia bronze medal within a few months and then won the Arnold Classic North American Sports Festival.

In 2016, Wolf’s competitive career was interrupted. He had to undergo surgery, during which doctors removed small fragments of bone that suppress the nerve in the vertebrae C4 – C5 – C6 – C7.

In the spring of 2018, he tried to return, but at both the Arnold Classic USA and the subsequent Arnold Classic Australia, he failed to achieve good results. In recent years, Dennis, like many other former professionals, has been working in the fitness industry.

Dennis spent his early childhood in Semipalatinsk, and after the boy turned 9 years old, his family moved to the Kemerovo region, where they spent another 3 years. After that, they move to Germany, where they still live.

From early childhood, the young man was fond of sports. He had several dumbbells and practiced with them almost every day. Already at 16, he signed up for a sports club in Mergele, where he attended a gym. The guy was gifted with excellent genetics and could grow even without much effort and the right diet. At the age of 18, he was already sick with bodybuilding and began to study it in great detail. The guy was interested in diets, training schemes. The guys on the rocking chair were happy to share secrets with Dennis. In addition, the young man attended seminars of famous German bodybuilders, listened to their lectures and consultations.

In 1999, at the age of 21, Dennis competed in his first-ever men’s tournament, not a junior one. At this tournament, the athlete finished in fourth place. For him, this was the first victory, which helped him to believe in himself and spur him to even more serious training.

Four years later, namely in 2003, Wolf won the German bodybuilding championship. It was a big step forward and the champion started thinking about joining the professional division. To do this, in 2005, he went to China for the World Amateur Bodybuilding Championship and won there, for which he received a professional card.

Dennis is considered a promising athlete. He has competed at Mr. Olympia several times and finished fourth in 2008. In 2011, he won the Australian Grand Prix. The most successful year was 2013, in which the athlete became the third at Olympia. 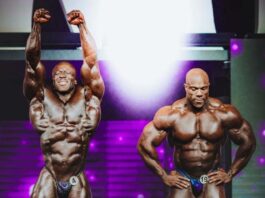 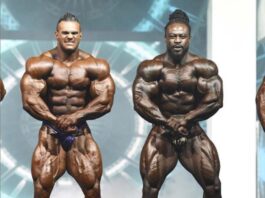 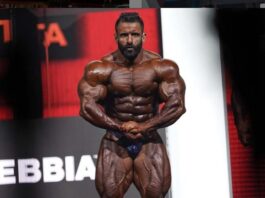