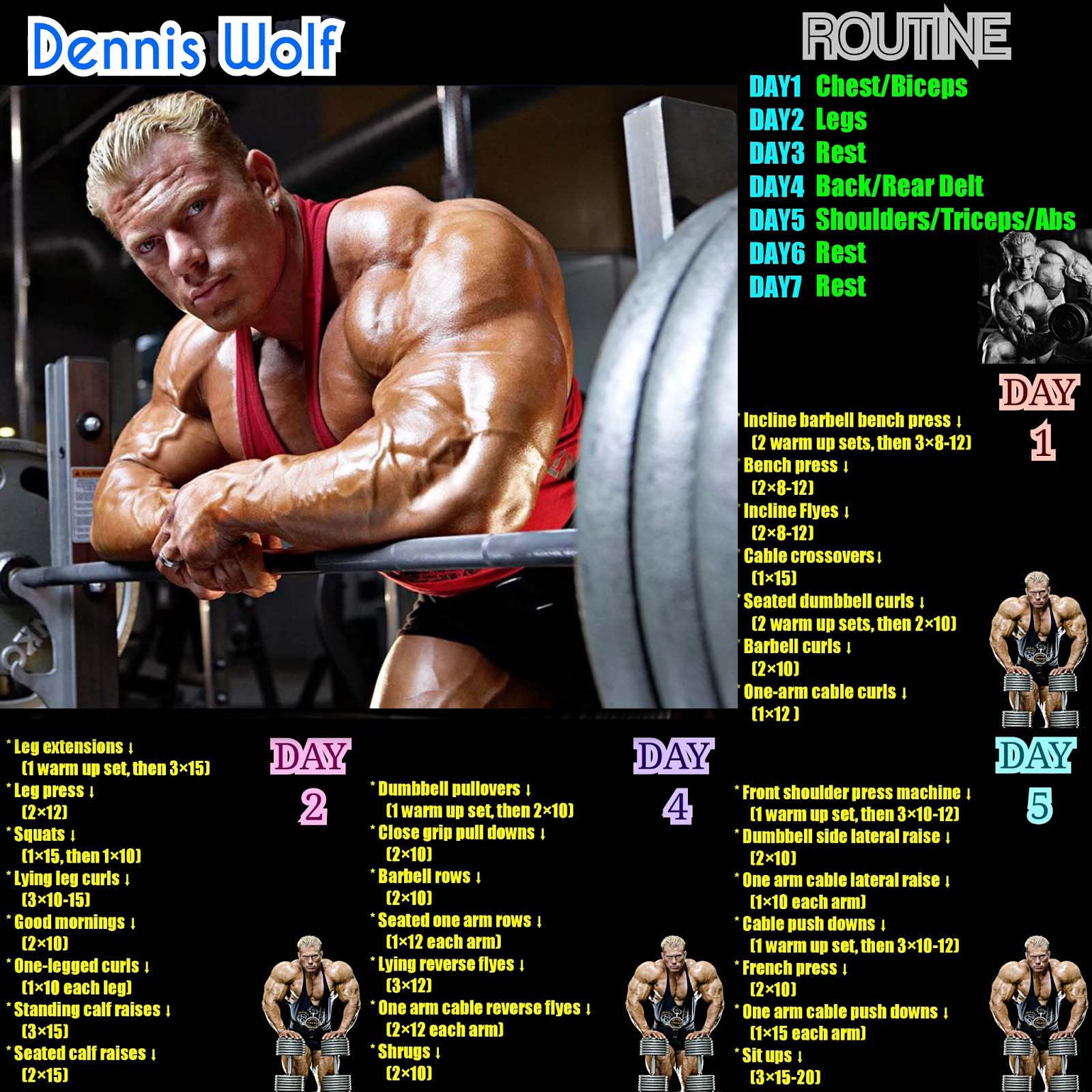 Oddly enough, the athlet Dennis Wolf, flying the German flag, CIS residents may well be considered “their boyfriend.” The fact is that this famous bodybuilder was born in Tokmok (Kyrgyzstan) in 1978. His father is from Kazakhstan, and his mother belongs to the so-called Russian Germans. Until the age of 9, Dennis and his family lived in Semipalatinsk, and later moved to the Kemerovo region, where he lived for another 3 years. Then his mother insisted on moving to Germany, to her homeland, where the family remained. Thus, Dennis Wolf is partly Russian and even fluent in Russian.

As a child, Dennis was seriously interested in sports. He always had a couple of dumbbells at home, and he trained with them daily. In addition, from the age of 16 he began to attend a gym in Mergel. Thanks to excellent genetics, the guy progressed very quickly and his muscles grew right the same exponentially. Somewhere at the age of 18, he seriously began to study bodybuilding. At first it was expressed in the study of the specifics of this sport, sports diets, necessary exercises. A little later, his senior comrades in sports, seeing the success of their ward, began to willingly share their experiences and help Dennis in every possible way. In addition, Wolf went to consultations with famous German bodybuilders, listened to their lectures and tried to delve into every word.

His first competition took place in 1999, when Dennis was barely 21 years old. In addition to everything, this meant that he had to compete not with juniors, but with adult men. But Wolf held himself with dignity, and his intensive training of the last few years did the trick and he took 4th place. Wolf himself speaks of this period of his life as follows: “For me, this was my first victory, I went to the final five and even took 4th place, not 5th!”

In 2003, Dennis Wolf wins the German Championship and begins to seriously think about the status of a professional bodybuilder. But his professional career began only with a victory in the amateur world championship in China in 2005. It was then that this guy was appreciated and his aspirations for the heights of bodybuilding found solid ground.

Now Dennis does nothing but bodybuilding. According to him, he plans to open a business in the future, but now he is completely devoted to training. On all trips, Dennis is accompanied by his wife Katya. She considers her husband to be an ideal man and they have been getting along fine for more than 7 years now, raising their daughter Samantha.

And here are some training programs from Denis Wolfe:

Denis trains 5 times a week – that is enough for him to confidently progress. He usually gets up at 8.00 and starts with a small cardio warm-up (most likely this is swimming in the pool). Dennis training lasts 1-1.5 hours and takes place in the morning or afternoon. Before working approaches, he does 2 warm-up approaches in each exercise.

February 3, 2018
You are going to send email to
Move Comment