How To Do Proper Upper Chest 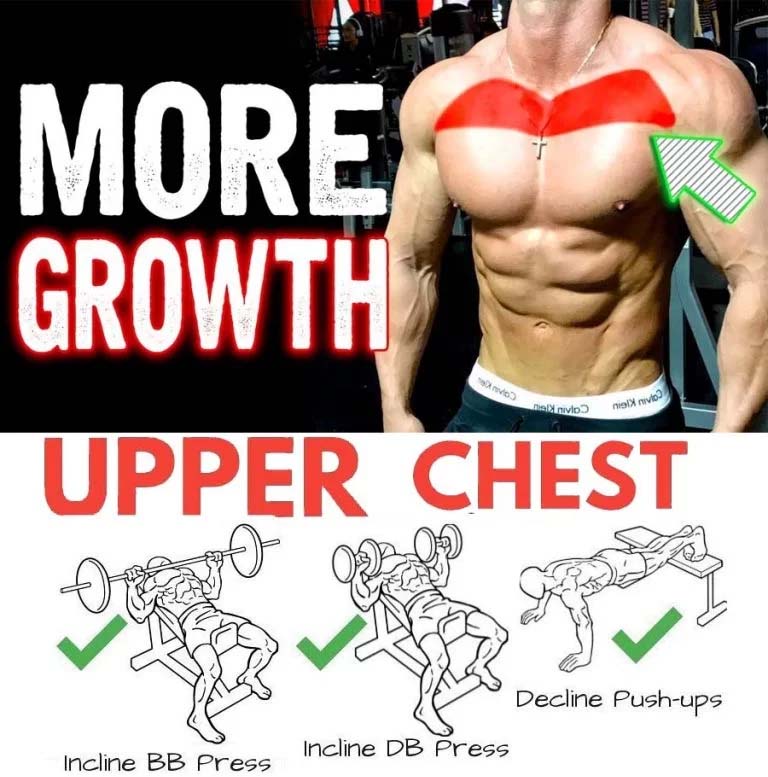 The pectoral muscles are attached to the sternum and upper part of the humerus. Their function is to bring the hands to the midline of the body, to rotate them inward and to bend the humerus forward.

This muscle group is responsible for the “repulsive” movements, during which the pectoral muscles perform joint actions with the deltoid muscle of the shoulder and the triceps of the arm.

Chest muscles can be separated into the following groups:

For a better and more uniform development of the pectoral muscles, the load on different parts should be combined.

To do this, during one workout on the chest, try to use the upper and middle parts, and after a break and muscle recovery – in the next workout, pay attention to the lower and inner parts of the chest.

Starting position – lying on a bench with an angle of inclination from 45 ° to 60 °. Hold dumbbells on slightly bent arms to reduce their tension in the elbow joint: 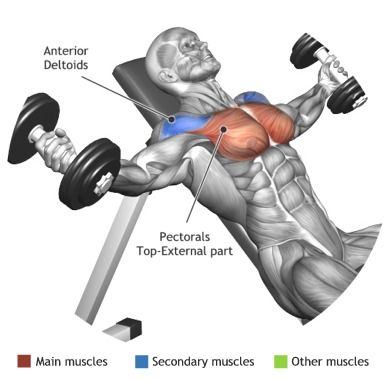 Flys dumbbells lying on an incline bench – end of movement

This exercise localizes the effort mainly on the upper parts of the pectoral muscle. Unlike a pull-over this exercise is basic for grow the chest.

Note: To avoid muscle breaks in the chest area with heavy weights, be especially careful.