To reveal some of the biggest and broadest shoulders in history to the world, the 7 times Mr. O. Phil Heath does not rely solely on size. In order to dominate, entering the stage, Phil, having 7 titles “Mr. Olympia”, prepares for each show as obsessed, in order to present the most massive and sculpted body with pumped-up deltas casting an impressive shadow on his rivals.

That’s why when the day of shoulder training comes, Phil is extremely focused on one single goal – to demonstrate even more massive and high-quality muscles every time he goes on stage. Phil says:

“For the most part, bodybuilding is preparation and discipline, the ability to strictly adhere to the regime, no matter how difficult and unbearable it may seem. In the end, you are not just competing with competitors; you are competing with yourself.”

Discipline is nothing without a systematic approach, therefore, in order to achieve maximum muscle gain, each exercise should be carried out carefully, it should contain elements aimed at working out each muscle of the shoulder girdle. Here is Phil’s proven formula to crown the figure with impressive deltas.

With strict adherence to the goal and scrupulous planning, you can become the owner of massive muscles, and the exact training program from the 7-time “Mr. Olympia” Phil Heath in your arsenal simply eliminates any excuses when the day of training falls on your shoulders.

But no matter what you do, do not slow down your progress. Use the main weapon of Phil Heath the right diet and exercise.

With a few examples, we will show and describe in detail how to perform shoulder exercises: 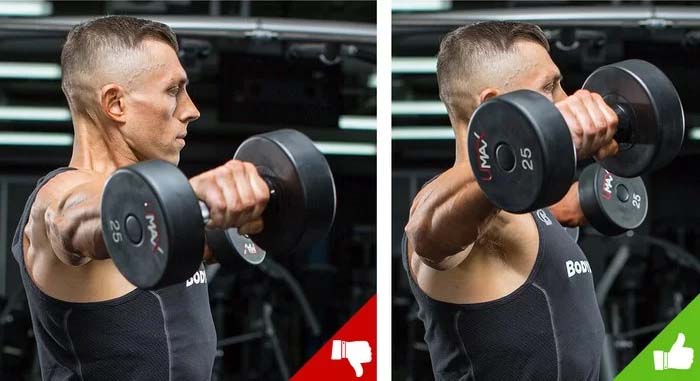 To begin with, we recall that Lateral Raise is aimed at strengthening and training the lateral (middle) beam of deltoids. If you do this exercise incorrectly, the load goes to the front shouder. And if it’s completely wrong – then on the back shoulder.

Dumbbells should be taken so that the palms are turned to the body. This is the starting position.

Repeat the low-weight lead 10–15 times to warm up. Next work with the right weights.

Doing dumbbell dumbbell incline raise is similar to raise dumbbells to the sides, the only load is shifted to the rear deltas.

In the initial position “sitting on the bench” the body and legs work less, stabilization is due to the quadriceps and the press.

4) Bench Press Behind the Head 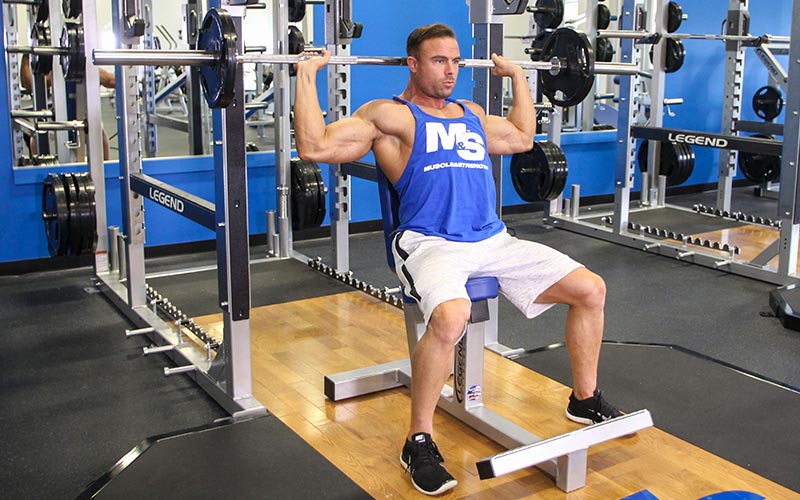 The press from behind the head was even removed from the weightlifting competition program. Therefore, it is best not to do this exercise. Plus, very few athletes perform it not correctly, and improper technique further increases the risk and danger of injury.

December 31, 2017
You are going to send email to
Move Comment