Types of Grip: Direct, Reverse, Neutral for the Barbell, Dumbbell and Horizontal bar

The types of grip in a workout – is a large of different variations and many nuances and subtleties in the technique of their implementation. Of course is one of these nuances is the technical type of grip that is used when performing this or that exercise. And really, how to take the bar, how to put your palm on the horizontal bar, bottom or top, and how wide should you keep your hands on the bar?

What are the types of grip? Depending on how the palm holds the bar or crossbar, there are 3 basic types of grip and 8 types of extended:

1. Straight or grab on top.

Also called pronounced grip, from the word pronation, which means rotational movement inward. In the position when the arms are lowered down, with this grip, the palms will look back.

In the position when the arms are lowered down, with such a grip, both palms are turned to the body and look at each other. Neutral is also called a grip on the horizontal bar when the palms are looking in opposite directions.

The so-called supinated grip, from the word supination, which means rotational movement outward. In the position when the arms are lowered down, with such a grip, the palms will look forward.

When performing exercises, the distance of the hands from each other is of great importance, therefore, depending on the width of the installation of the hands, the grips are also will change.

4. The Types of Narrow grip.

With such a grip, the hands should be placed narrow than shoulder width. The amplitude of movement with a narrow grip is the maximum, which favorably affects the result. However, using a narrow grip, you often will be used non-target muscles, such as triceps, which take part of the load on yourself and the effect of the exercise decreases.

5. The Types of Middle Grip

With this grip, the arms are located shoulder-width apart. The middle grip is the most common, is considered classic, and often serves for all-round workout of the muscles involved in the exercise. Ideal for beginner athletes.

Wide grip is called grip when the arms are wider than the shoulders. With this grip, you can focus on the target muscle. However, this grip often reduces the effectiveness of the exercise, since with it the amplitude of movement is significantly reduced.

According to the location of the thumb at the grip, the grips differ in closed and open, or safe and dangerous, respectively.

In this position, 4 fingers grab the barbell or dumbbell, with your thumb, stick on top of 4x fingers, thereby obtaining the most durable grip, which is also called a bulldog grip. Such a grip is considered the safest when using large weights or when pulling up on the bar, when your hand’s sweat and your fingers can slip, you will be saved by a closed grip.

8. Types of Open Grip (as they still call: monkey, army)

This version of the grip consists in the fact that the bar or the crossbar is grasped not with four fingers, but with all five. The thumb in this case does not hold, but simply touches the projectile. It is believed that this grip helps to squeeze more weight. However, since the projectile may slip off your hand, use it with great care. In exercises with dumbbells, a similar grip is generally not recommended. When pulling up on the horizontal bar, this grip is used by quite a lot of people, on this projectile, this grip is also called monkey or army.

So, let’s see which grips are used on various exercises.

Types of Grip when Training with a Barbell

When performing exercises with a barbell, a closed grip is often used, which allows you to clearly fix the bar in your hands. But still, there are athletes who are more comfortable keeping the barbell with an open grip. This mainly applies to exercises with a barbell row and bench press, especially the bench press, but since it is not safe, it is better to use a closed grip.

The choice of a forward or reverse grip is often determined by the exercise itself, but different grip widths are often used in exercises with the barbell. All kinds of press and row are often recommended to be performed with different grip widths, which contributes to a more complete pumped of the target muscles.

Types of Grip, Training with Dumbbells

Workout with dumbbells should always use a close grip (bulldog grip). Unlike the barbell in exercises with dumbbells, it is possible to change the grip directly during the exercise, this is often used. Holding the projectile at the starting point with one grip, we exchange it for another grip at the final point.

An example of a change in direct, neutral or reverse grip is Arnold’s bench press or lifting the dumbbells fly when we supine or fly dumbbells. In exercises with dumbbells, the grip width is the distance between the arms, which is also customary to change in some exercises, close your hands together at the upper point, and spreading at the bottom, for example, with the dumbbell bench press.

The ability to apply these techniques gives dumbbells an advantage over the barbell, which allows a more diverse effect on the muscles and ultimately favorably influence their growing

Types of Grips with pull-ups on the horizontal bar

The largest use of various grip is used for pull-ups on the horizontal bar. What exactly you get as a result depends on how exactly you take up the crossbar. Different grip will help athletes with varying degrees of training to achieve the desired result.

Using a reverse grip helps beginners to master pull-ups, as it makes it alleviate to perform the exercise due to the fact that a stronger biceps is included in the work and removes part of the load from the back. The grip width helps an experienced athlete to concentrate the load on certain areas of the back and work out the target muscles.

As you can see, different types of grip are an important part of the training process, so it is recommended to spend time and study their application in various situations. Knowing the intricacies and features of various types of grip, applying them in practice, will help diversify and improve your workouts, which in turn will help to achieve the result you need. 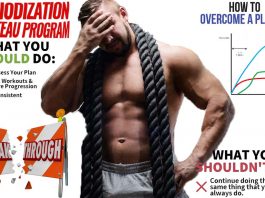