Short on time but still want to make or maintain gains? 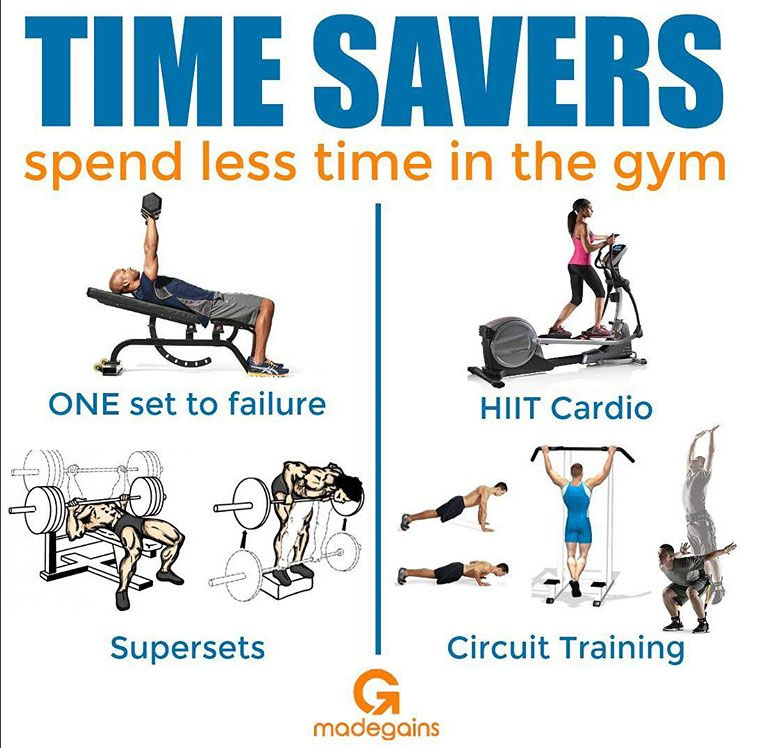 🚨ONE Set to failure

While multiple sets are better than a single set for building muscle, the first set seems to produce the most amount of gains. If you’re short on time, warm-up, and only doing one all out set to failure for each of your main lifts.

Although going to failure typically is not recommended because it cause greater fatigue it can work for someone who is only training 1-2 times per week, and has ample time to recover.

high intensity interval training. All- out effort for 30 seconds, followed by 90sec to 2min rests and all out effort again. Repeat for several sets. HIIT has been shown to burn similar amount of calories as steady state cardio in a faction of the time.

Doing multiple exercises in a row that train different muscle groups with minimal rest in–between. This has been show to improve muscular performance as well as aerobic conditioning.

How to Burn Fat on ABS | Guide & Tips