Raise Cable to the biceps curl – is the main exercise for developing the strength and volume of the hand flexors. On the effectiveness in terms of working hands, it can be compared to bench press for pectoral muscles. 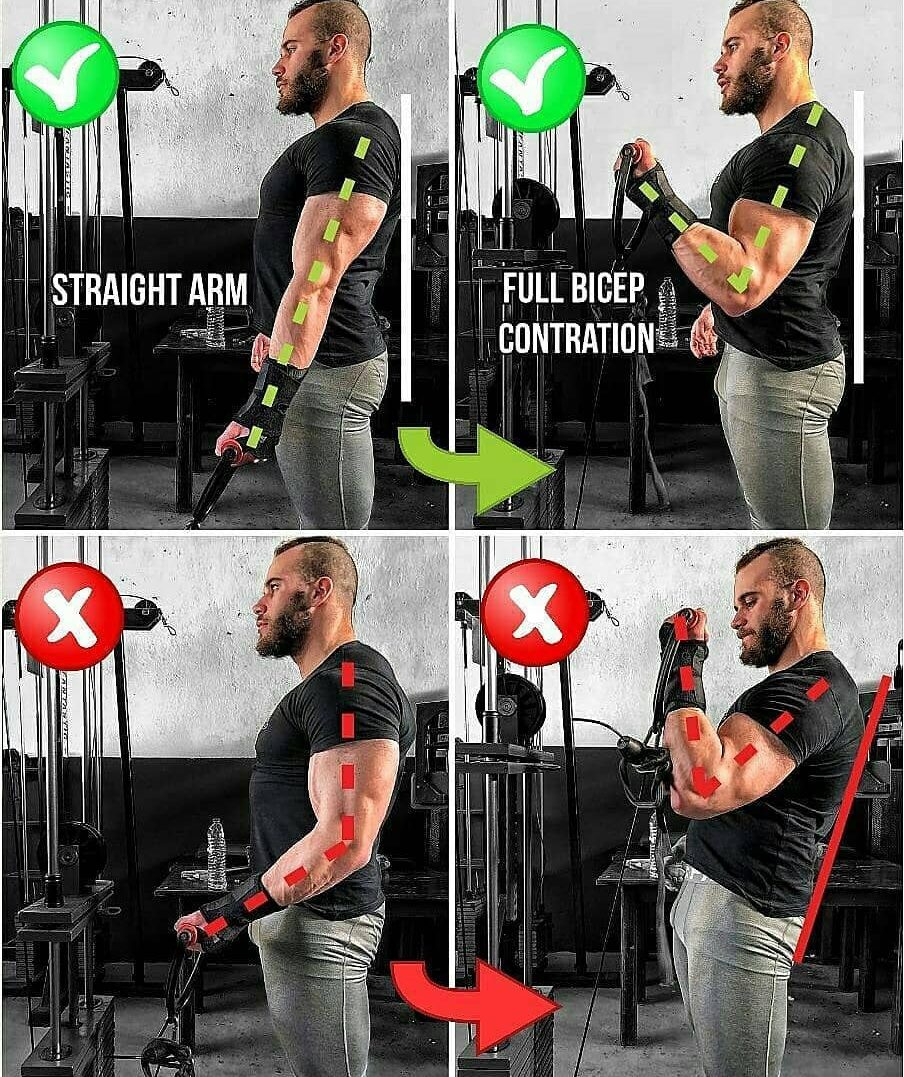 About the volume of the biceps.

Agree, the pumping up biceps looks much better than its absence. The shape and size of the biceps muscle are determined by many factors: genetics, physical activity, additional power loads.

With the help of training, we can remove fat from the surface of the hand, thereby bare the muscle itself. Also we can increase its volume due to correctly executed exercises and create greater relief. Based on its name, flexors of the arms provide movements aimed at bending the arm at the elbow. Another function of biceps muscles is the antagonism of the triceps. Triceps and biceps with each other are in some kind of balance.

Cable Biceps Curl- is usually performed standing. And then it’s not even about efficiency. The fact is that lifting the Cable block bar to the biceps sitting posotion with a narrow or any other grip is not a very convenient solution. And preferably it is only for work on Scott’s bench. 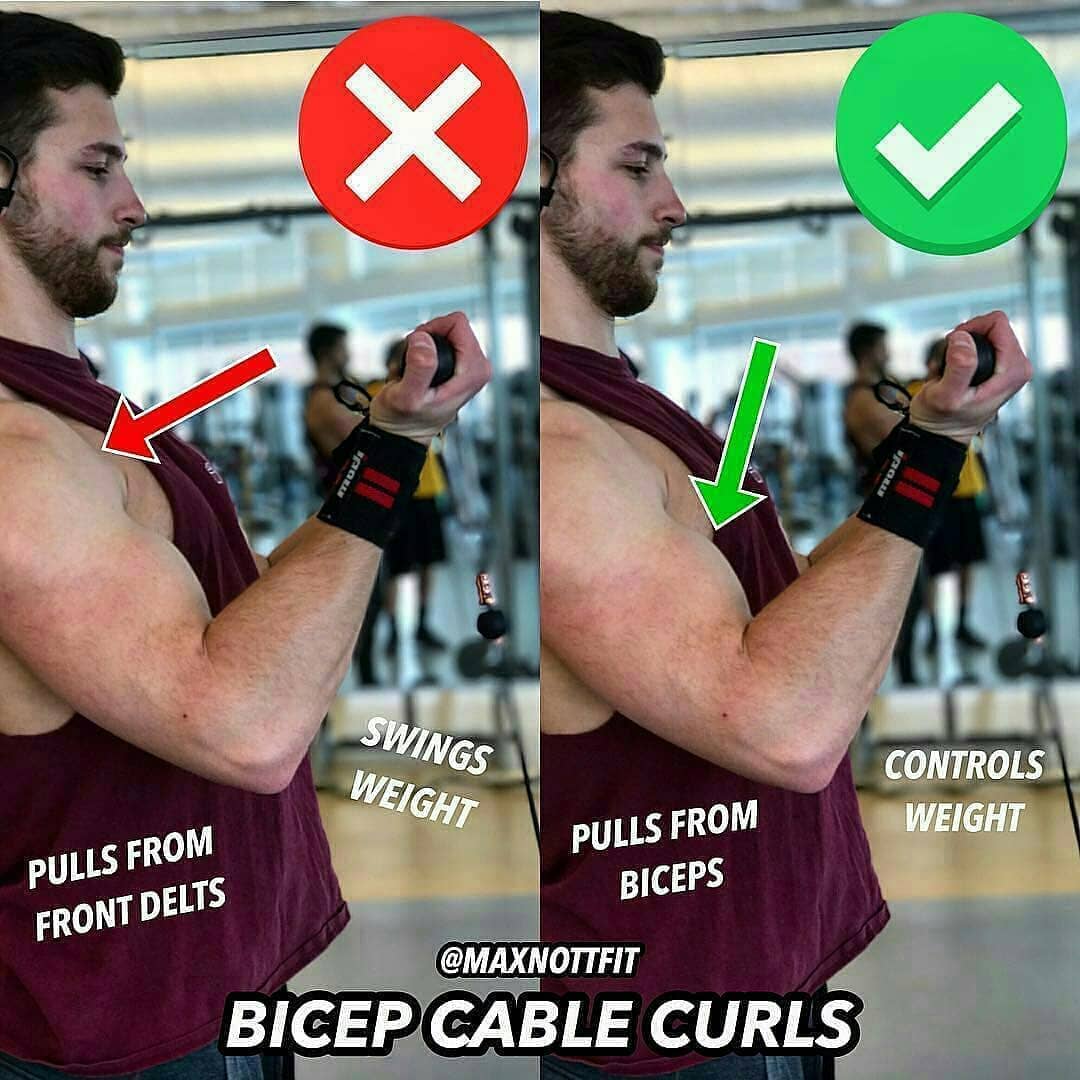 The exercise on the biceps with the Cable Bar can be performed in several types of grip: forward and reverse grip, wide and narrow grip. Direct grasp is aimed at the development of not only the biceps, but also the muscles of the forearm (a narrow grip is not used at the same time). If you’ve ever tried such a grip, remember for sure that the weights on the cable simulator must be bigger maller than when using a reverse grip.

The bending of the arms with the bar standing correctly is done like this:

Curl on biceps, and weight lifting is almost always done with the same breath – the effort (up) to exhale, to the breath – the return of weight to the starting point.