Exercise is performed in a block crossover simulator!

A crossover – is a reduction of the hand in a block simulator. Isolated exercise for shaping the pectoral muscles. It is well suited for athletes who already have the basic mass of pectoral muscles, and it needs to be dry drawing. 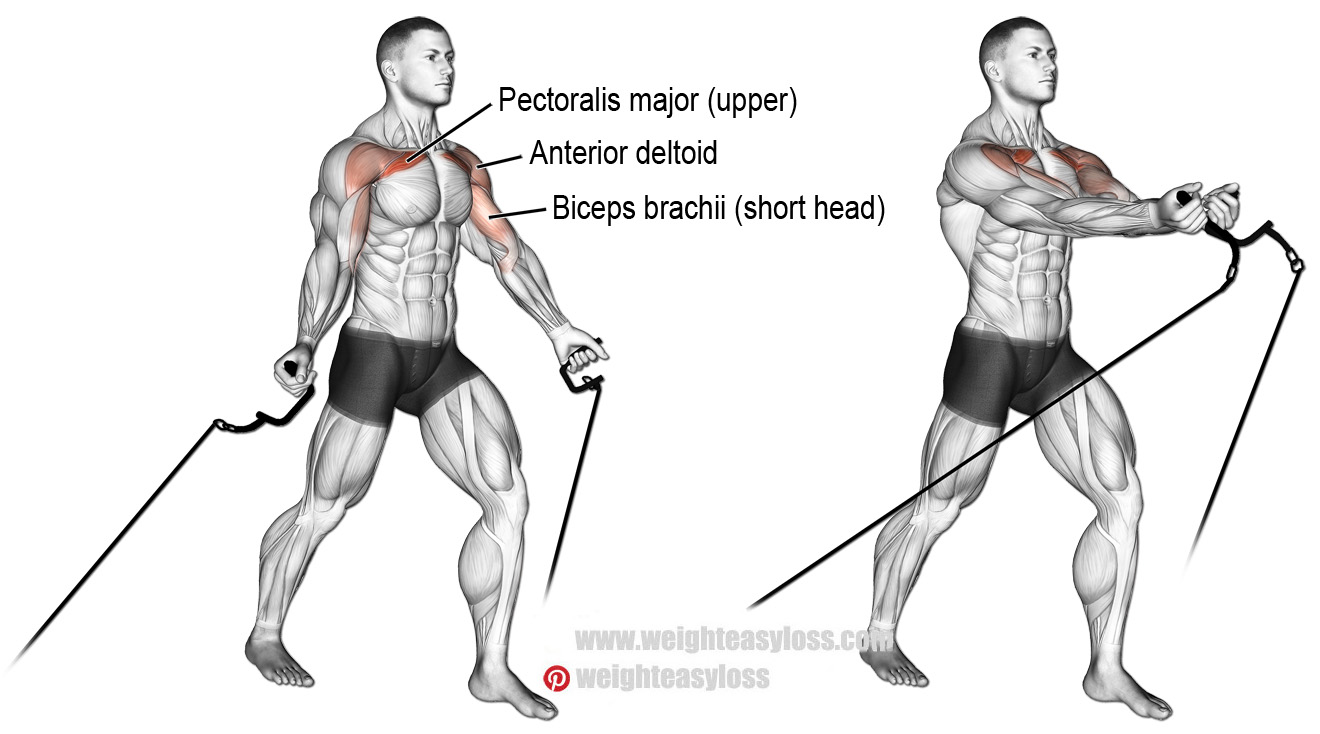 As already mentioned, the classic crossovers mostly affect the lower chest. In fairness it is necessary to bring variations of this exercise, the combination of which will help to maximize the shape of the pectoral muscles from all sides. In general, the technique of performing the exercise remains the same, only the position of the hull and the direction of pulling the cables change.

Top of the chest with Low-Pulley Cable Fly 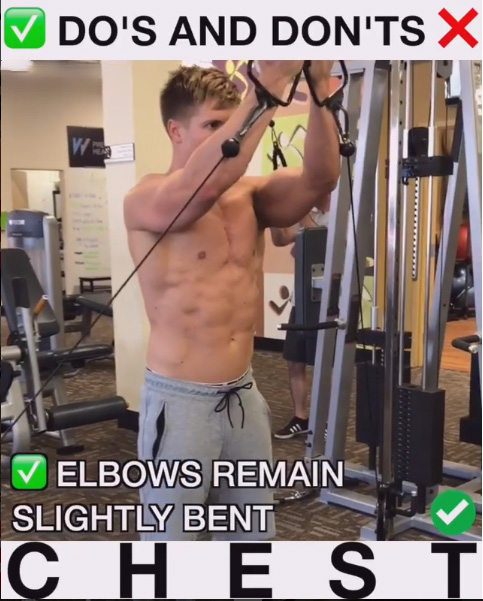 When our task is to draw the upper contour of the chest, the handle will need to be pulled not from the top to the bottom, but from the bottom up. That is, the exercise is performed on the lower block.

In the initial position, the arms are slightly bent at the elbows, lowered down the sides of the body and slightly retracted (until the chest feels stretched). The flat of the hand
are directed towards the body. On exhalation, the hands should be lifted and brought in front of you. On inhalation – return to the starting position.

Often in isolated exercises, the technique plays a more important role than directly weight. Crossover is no exception. Our task is not to load the muscle to the maximum (for this there are basic exercises), but to make it work so that it grows in the way we need.

Well, or in the case of using an exercise for end of workout, we are working with an already tired muscle, so the big weights are also irrelevant. 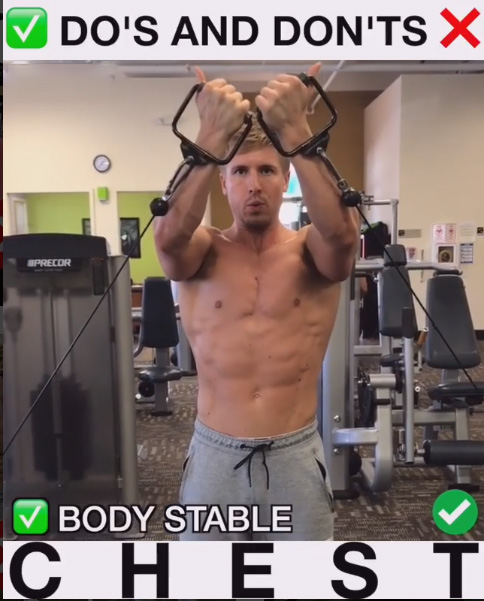 Perform 3-4 sets of 12-15 repetitions with average weights, our main task is to get tired muscles and go to blood into it!