Pin Loaded or Preacher Curl – is an insulating exercise that is aimed at developing the muscles of the biceps and brachialis. Exercise is an alternative to Scott’s Bench. 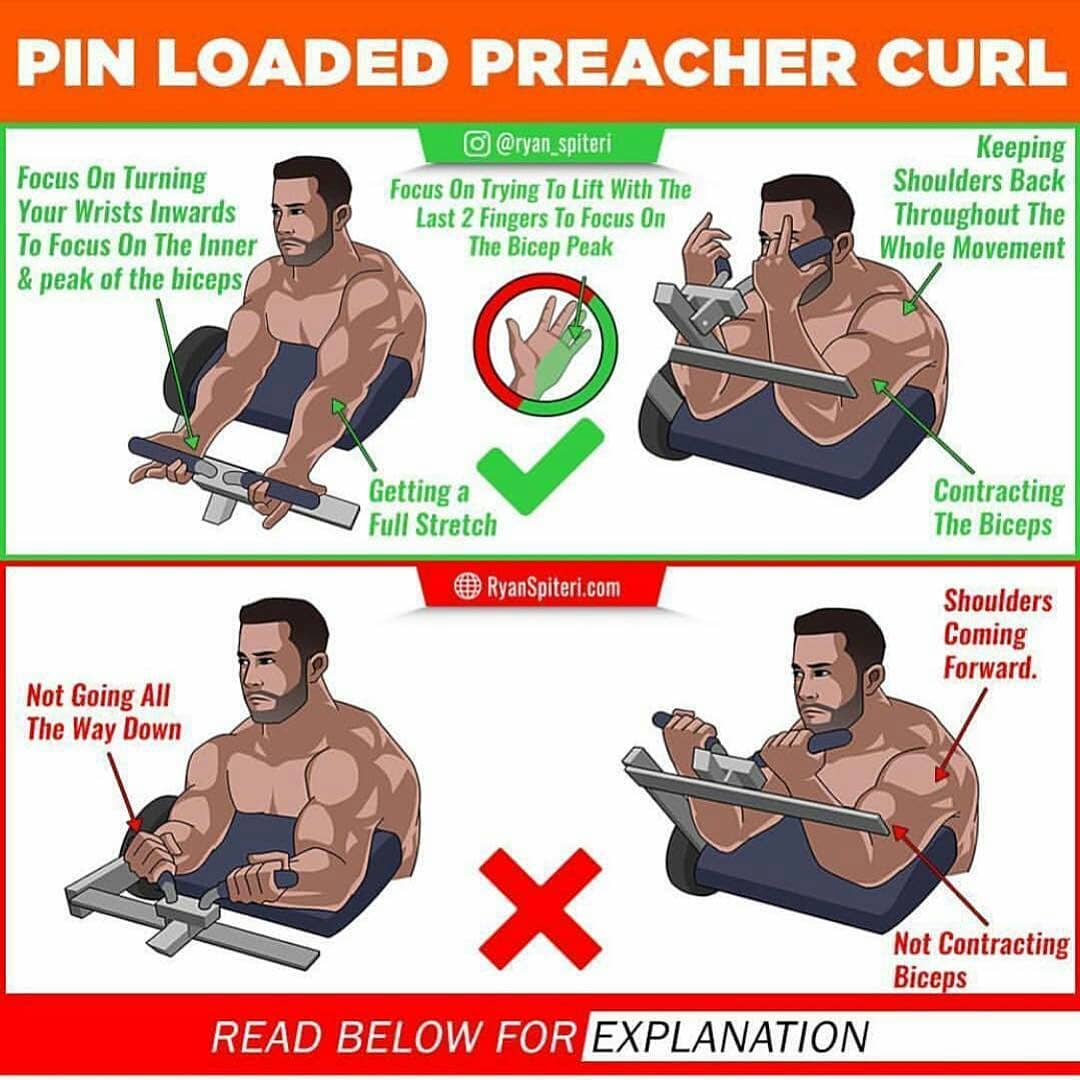 Exercise Preacher Curl should be performed at the end of the workout to fill the target biceps muscle with blood that have already received the main load in the basic exercises.

Varieties of Biceps curl (with a standard barbell, a barbell with an EZ bar, with dumbbells) executing on a bench for working with free weights, as well as twisting with one or two hands on the simulator, are often modified by bodybuilders.
The bench helps to avoid cheating and focus the entire load directly on the biceps with maximum concentration.

Conveniently take a sitting position in the Pin Loaded for curl your biceps, set the working weight to perform the movement.
Set the backrest so high that your armpits fit snugly on the board in the sitting position.

Put your hands (resting on triceps) on the platform of the Preacher Curl and firmly grasp the handles of the simulator, while using a supinated grip (palms up).

Alternatively, you can use the Cable Hammer Curl unit, either separately or in combination with Scott’s bench.