Cuban press – is an exercise for training shoulders and chest, performed with dumbbells or a small weight bar. It helps to strengthen the musculature of the shoulder girdle, work out the relief and make the ligaments more durable and elastic. The latter allows you to avoid injury when performing more difficult exercises, for example, such as an army press.

To begin with, you need to master the simplified variation of the exercise, which is known as the scarecrow. Take the starting position: stand up straight, take dumbbells, spread the shoulders to the sides and bend your arms in the elbows. Raise your shoulders so that they are almost parallel to the floor. The forearms lower down, the angle at the elbows is straight.

Begin to do the exercise: 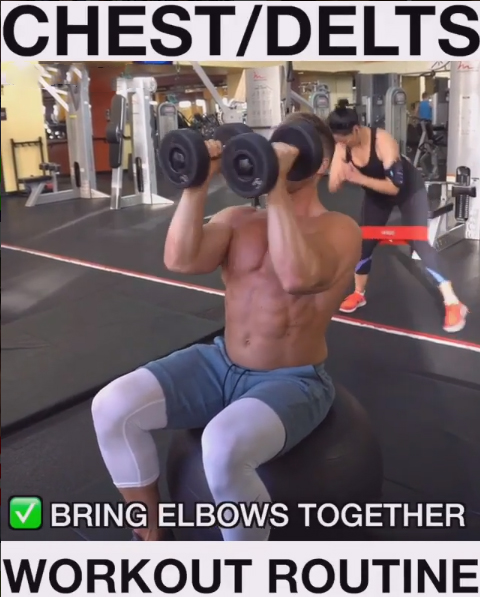 The secret of success in this exercise is the perfect observance of the technique. The Cuban press has a lot of variations. It can be done both standing and sitting. The latter option is simpler, since you do not need to spend energy on maintaining equilibrium. As a projectile fit dumbbells.

November 25, 2018
You are going to send email to
Move Comment