How to Do Reverse Plank

If it is difficult for you to allocate time for sports, every minute counts, and you want to look good, a reasonable compromise can be found even in this case! Just 3-7 minutes a day will help you improve your health, build muscle mass, get rid of back pain, and acquire a beautiful posture.

Think it’s impossible? So, you don’t know anything about such an exercise as the reverse plank!

Why You Should Do a Plank

The classic plank is at the peak of popularity today. It is performed by beginners who crossed the threshold of a fitness gym for the first time, and advanced fitness athletes with pumped-up muscles and a toned body. The plank involves many muscles at the same time and at the same time gives a quick result. This is its main difference from many other bodyweight exercises.

Interestingly, only those people who have strong enough muscles of the core, hips, back, and arms can stand on the plank. Otherwise, a person cannot last even a minute. There are even special tests on the Internet that determine the level of training of an athlete by the amount of time spent in the plank position.

But all this is relevant in relation to the classic exercise – a classic plank. And there is also such a variety as the reverse plank. It is more difficult and requires more effort and skill. But it also gives more bonuses! So what do you get by defending the “starting” 30 seconds?

The 7 Benefits of a Reverse Plank

The sedentary lifestyle that many modern professions imply, unfortunately, has a bad effect on the health of the nation. Have you ever noticed how many stooped people are around? And all because even at the desktop we sit not as we were advised at school, but as it seems to us more convenient. Hence, fatigue, the curvature of the spine, and the formation of the stoop.

The reverse plank strengthens the core muscles, the same ones that help keep your back straight and guarantee good posture. If you do the reverse bar at least 3-4 times a week, the effect will surprise you.

Summer has already burst into the open windows of our houses, which means that it the time for open dresses and light shirts. And beach season is open. The reverse plank is a good way to prepare and get into the shape you want.

Exercise improves tone and strengthens the abdominal muscles. Regular practice will help get rid of the fat pad and prepare the body for the swing of the press and complex of yoga (if you are doing it in parallel).

“Studies have shown that the bar engages 100% of the muscles involved in the formation of 6-pack abs on the stomach, which many men and women dream of. Such data was provided by the popular American edition of the Journal of Strength and Conditioning.”

0
Please leave a feedback on thisx

3. Getting rid of Back Pain

This is one of the main benefits of this exercise. The plank workout all the muscles of the back, which in the long run allows you to get rid of clamps and discomfort in this area. Muscles become stronger, which in turn reduces the likelihood of household injuries and pain after intense exercise.

4. Formation of a beautiful shape of hands

Rounded shoulders, elastic muscles of the forearms, and thin wrists are good if all this is given by nature. But with age, the skin can become flabby, and the shape of the hands gives out years, even if the face looks young. Performing a reverse bar will help create a beautiful relief of the arms, as the main muscles of the arms and forearms are being worked out.

The reverse plank static exercise is also interesting because it allows you to create beautiful outlines of the body and in particular the buttocks. They will become elastic and taut, which is very important while relaxing on the beach to attract more of the opposite sex.

While you are in the reverse plank, calories are consumed. It is curious that the body spends more than when performing even some dynamic exercises. Thus, the plank indirectly affects the metabolism, subject to a balanced diet.

The popular American edition of Yoga Journal recommends doing the plank every day. Experts believe that this exercise is effective in reducing stress and “helps calm the brain.”

Reverse Plank: How to get the most out of it

The first thing to remember when starting to perform the exercise: it is better to hold out less in the position plank, but do it technically correctly.

According to fitness trainers, the daily load in three approaches will be optimal. As soon as you start noticing that during the exercise your hips begin to drop, and your elbows and knees begin to tremble, relax. Take a break and then start again. Gradually increase the frequency of approaches and the duration of being in position reverse plank.

How to do the reverse plank exercise correctly? 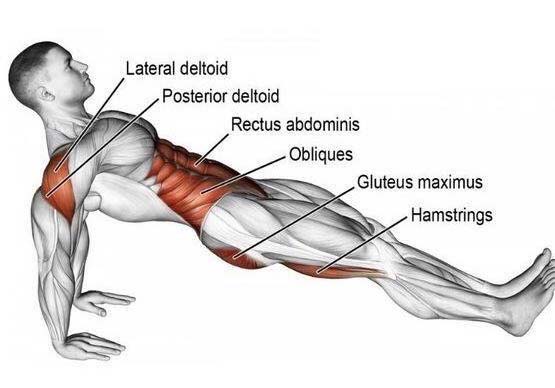 Try the reverse plank exercise today to reap the full benefits of it tomorrow. Be healthy! 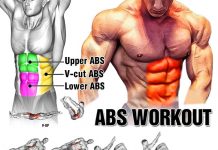 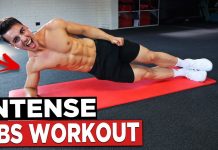 How to Do ABS with 6 Best Ab Workout, Tips | Video & Tutorial 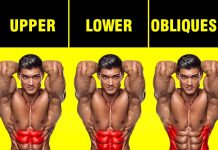 How to Get Perfect Six Pack Abs, Tips & Benefits Workout

How to Do 9 Best at Home Abs – No Equipment

August 3, 2020
You are going to send email to
Move Comment