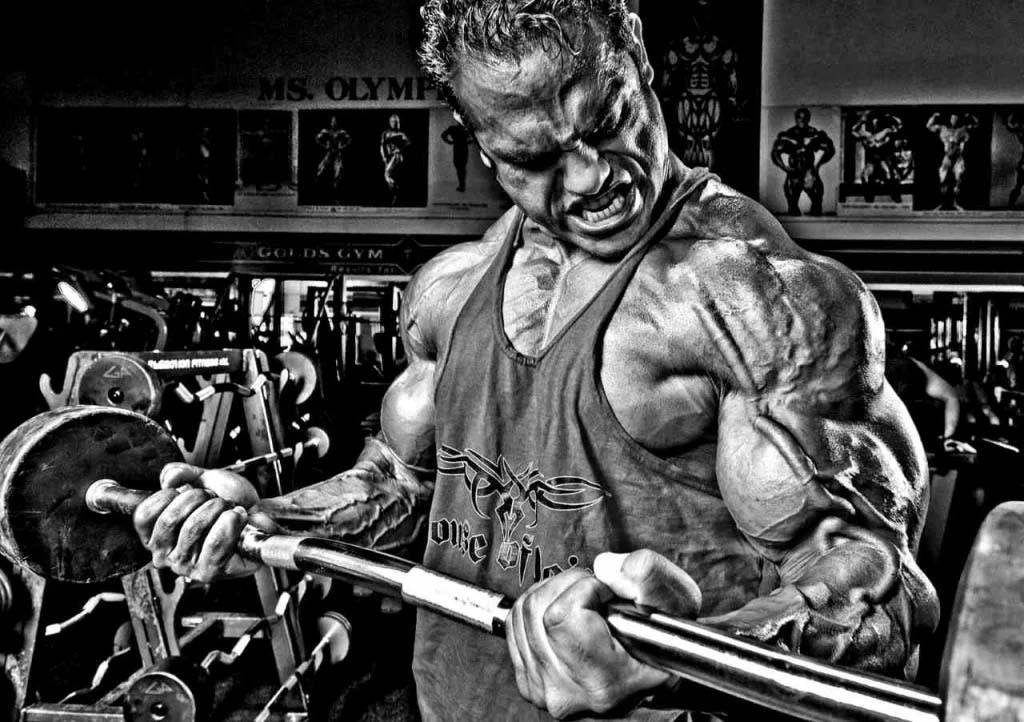 Сontent of the Article:

Barbell Curl – The main exercise for the development of strength and volume of the flexors of the arm. In terms of effectiveness in terms of working out the hands, it can be compared with a bench press for the pectoral muscles.

Agree, pump biceps look much better than not having it. The shape and size of the biceps muscle are determined by many factors: genetics, physical activity, additional power training.

With the help of training, we can dry our hands so that the biceps muscles become more prominent. We can also increase its volume due to correctly performed exercises and create more massive hands.

Based on its name, hand flexors provide movements aimed at bending the arm at the elbow. Another function of the biceps is the triceps antagonist. Triceps and biceps between themselves are in some kind of balance, so that the hands do not change position sharply due to minor swing back and forth.

In the formation of arm volume, biceps does not play a primary role. For the most part, this is the merit of triceps (it is he who creates 70% of the volume of the arm). Therefore, sufficient attention should be paid to both muscles. Pump biceps 1-2 a week, and in no case forget about triceps (do french bench press, triceps extension, and other exercises for them). To forget about pumping the flexors and doing one bench press is also not an option.

And now let’s find out how to pump biceps with a barbell.

Barbell curl for biceps are usually performed do is standing. And here it’s not even about efficiency. The fact is that barbell curl to the biceps while sitting narrow or with any other grip is not a very confortable. And this variant is suitable is only for working on Scott’s bench.

Exercise for biceps with a barbell can be performed in several versions of the grip: direct and reverse, wide and narrow. Direct grip is aimed at developing not only the biceps, but also the muscles of the forearm (a narrow grip is not used at the same time). If you have ever tried such a grip, remember that the weights on the barbell were less than when using the reverse grip.

Elbows do not need to be take away back. They are located so that the shoulder is oriented strictly down to the floor.

When a person takes too much weight, it does not matter with a narrow or wide grip, he throws it with the help of movements of the legs, pelvis, body. Then at the top point it is intercepted by the muscles of the hands and lowered back. As a rule, the weight simply falls to the starting position, since the student does not have enough strength to make the movement smoothly.

Therefore, cheating will not lead to a result in terms of muscle growth. Perhaps a one-time lift will be performed with an impressive weight.